Nowadays there is a long overdue national campaign underway to reduce the overuse (sorry for the rhyme) of antibiotics. In the last 30 years the use of antibiotics has become so routine that we have fulfilled the medical soothsayers, prognosticators and infectious disease specialists’ fears of creating and accelerating the long dreaded issue of antibiotic resistant infections. This has been somewhat hard for some of the public to understand, especially us parents when we have had our children sick with fevers, wailing, in distress etc. But we are more attuned to this potentially worldwide dangerous issue of creating our own pandemics in place of another Spanish/Avian/Russian influenza worldwide pandemic.

And resistant bacteria are already here as the percentage of the average population of all countries, yes even in the so-called ‘developed’ world, with quietly resident antibiotic resistant bacteria such as varieties of staph, pseudomonas, enterococci, and many others, in our guts and noses. They are best known by the term “MRSA” pronounced, “mersah” which stands for methicillin-resistant staphylococcus aureus, which can indeed be deadly. Hospitals and medical practices routinely now culture virtually everyone by nasal swab or cultures of wounds for this. And hospitals, being places where ill people, who are more prone to carry this little pathogen bug, have to take especially careful precautions of medical hygiene to extremes unimagined three decades ago.

Now if that were not enough, it is now documented that our dear and dependable and still life-saving friends, antibiotics, can cause “delirious” states. No, not the “DT’s” of alcohol withdrawal, but more partial delirious states of confusion, which has truly been a surprise and has forced a change in the paradigm in the thinking and regard of physicians regarding antibiotics once again.

In the Times of India, on Februrary 21, 2016 there appeared an article entitled “Using antibiotics may lead to mental confusion,” that called attention to this previously not well-appreciated issue and was picked up by many news services worldwide, with the original research article being recently published in professional journal, Neurology, reflecting this new on the horizon’s importance.

Delirium is no minor matter. In some types of delirium it carries up to a 10% mortality (death) rate that has not changed appreciably in decades. It can be accompanied by wild agitation, violence assaultiveness, disorientation (being confused as to what day, date, month, year or even time of day it is. It can make ill persons merely quietly confused and is often missed, but nonetheless exposes persons with it vulnerable to more medical complications, i.e., infections, falls and injuries, wandering, seizures, involuntary muscular movements or severe twitches or jerks, balance problems, kidney problems even progressing to renal failure, and on and on. Brain waves/rhythms, the “EEG,” or electroencephalogram can be severely out of whack reflecting all the brain-based aberrations of behaviors seen in these “confusional states,” that are far more serious than that relatively benign term might imply.

As a psychiatrist who has long practiced “consult-liaison psychiatry,” I can remember beginning to see such cases and being stumped for periods of time as I would plow through the other medications and “usual suspects” and eliminating them one by one with trials off of one or more of them as we often had to do and finally being left with the almost unbelievable conclusion that the esteemed antibiotic was the culprit. It was a very difficult conclusion to support as almost every instance in which my medical detective work following the evidence as the mantra of all the CSI type tv shows have drummed into our cultural mantras. It was even more difficult to convince the treating internist that the much needed and viewed always as essential antibiotic, was the culprit and HAD to be stopped. In some cases, I would run into the old prejudice that here I was a lowly psychiatrist, dumb in the medical field, “playing doctor,” and it required patience, holding my tongue and temper, and taking my customer, the consulting MD through the evidence and helping him/her to see the inevitable while also sharing my own initial doubts and disbelief. But we were always able to come to agreement for the good of the patients and always be surprised when one of cephalosporins or even penicillins in children for strep, was found to be indeed causing the very disruptive delirium, and start to fade away as the antibiotic was eliminated from the patient’s system. I now have seen enough of these cases to almost conclude that the  more high grade, powerful antibiotics may be more prone to causing delirious states, but that is an impression, clinical speculation on my part. But it is a very, very worrisome one and adds added emphasis to the current campaign to take ever greater care in our use of antibiotics and not treat every sniffle, cold and viral syndrome.

This is is older story that is worth revisiting in my view and as the professional journalists would say: “a follow-up.” I use a lot of Google “search bots’,dozens of them literally to tell the truth to keep up with stories related to my topics of interest. I had tried expensive “curation” software programs in the last couple of years to try to keep up with flood of information surrounding “my stories” and interests, but they did not work well and were too cumbersome so i quickly abandoned them and went back to patrolling the Net with my tailor-made bots. For the last few months, I have noticed that there are been a noticeable dearth of stories concerning the family pedophile Josh Duggar from the famous Duggar family of 19 children which had captured and might I be so bold as to stay deceived the American public with its all American, all too wholesome, feel good, freshly scrubbed faces portrait this “happy” family with its 19 off spring. Disclaimer, I loathe and detest the last decades’ rash of “reality shows” that I trace back tele-genealogically to the Jerry Spring pox on the American consciousness many years ago. I am reminded of the long-standing phenomenon of American wrestling with its stylized brand of rough and at time spewing ‘real blood’ from combatants’ noses, used to attest to its supposed “reality.’ My favorite story about “pro wrestling is recalling years ago when one of the favorite figures of my childhood, a tiny sized mother of dear friends of my father’s and  mine, a strictly Appalachian family who stood for all the truly GOOD values and hard working ethos of those modern but still frontier-minded folks. The mother had a unique Appalachian name that I had never heard before and I shall call her, “Tivis.” She was barely five feet tall, cooked any game meat her stalwart husband Ike, and three sons, shot (legally) on their own land, and made it taste out of this world.For a city kid like me I owe so much to them, they taught almost more than my own father did, how to be a crack shot with any firearm by the time I was ten,to shoot the eye out of a squirrel at 25 years with a single shot .22 caliber Marlin, with NO second shot… which later served me well in the Israeli “Gadna,” the high school army defending the border of our kibbutz from infiltrators during the firs “Intifada.”

But I digress…The mother of the family loved to go to see “rassling” at Chilhowie Park in Knoxville every month. It was her favorite entertainment. Normally a firm but woman of few words, she would go absolutely BESERK at rassling matches. And if she did not see blood on the canvas of the ring, she would yell and screech and absolutely humiliate the wrestlers till they complied. Many a time her husband and sons has to restrain her from entering the rind and ‘showing them how it is done.’

Well the “reality’ based saga of Dennis Hastert and Josh Duggar has gone under the radar for months now since the scandals broke last year. So I did a little research to see what ‘really happened’ and whether justice had been served to this all too realistic sad show of tragedy that the American public with it deplorable short attention span seems to have forgotten.

In a USA Today online story of October 16, 2015 Lawyers for Dennis Hastert Reach Agreement for Guilty Plea in Hush-Money Case by NICK BOGERT and TRACY CONNOR reached a deal that did not touch the predatory sexual stalking, grooming and acts in his trusted role as a high school coach but instead convicted him on his paying hush money and obstructing justice [read: the investigation itself] and sentenced him to a measly shorter term prison sentence of months. Later he tragically had a stroke.

The case of Josh Duggar and his family was worse.They lied more than the usual predator, the family proved itself to be one of the more hypocritical “closed family systems,” seen in the public eye in some time. They arranged a three month do-nothing ‘internship’ (?) with a state highway patrol friend that somehow was supposed to “professional” enough in its efficacy of treatment at long term though young adult sex addict-offender and ‘scare him straight” I supposed, so typical of the incredibly naive and dare I say dunderheaded comprehension of complex personality disordered mental health issues once again in fashion in the ultra-conservative religious community.

So another round of home-based Google media research ensued on my part.

And it turns out that just two days ago Josh Duggar emerged from 6months of a faith-based rehab center in Rockford IL and with usual mea culpas. It turns out the family pathology was indeed as many MH folks like suspected, far deeper than initially known.The father admitted to a pattern of cheating on his wife Anna.Josh had molested at least four girls within the extended family.[Source: Josh Duggar Leaves Rehab After Six Months, Family Says They’re So Thankful]. Thankfully, it does appear that Mr. Duggar will continue to seek longer-term professional counseling treatment always a good sign in the endeavor of mental health treatment and I commend him for that.

But treatment issues aside, once again we see the all too often utilized segue into treatment by the rich and/ir famous, by the inappropriately adored in the public’s eyes, simply because they are self-professed religious persons of the faith. The HUGE fly in the ointment that give the lie to their at least initial not so pure motivation to hie themselves into treatment at the first sign of such heinous dysfunction that can be reliable termed as living diagnostically between personality disorder of the first order [pun intended], hypocrisy as Mr. Duggar himself typified his aberrant malignant years of predatory behaviour, and addiction, is that the “patient” only seeks treatment or acknowledges guilt and culpability when the evidence is irrefutable and they cannot keep up the dishonest near sociopathic denial of the truth and there is nowhere else to  hide. At least, he did not “blame the victim,” since that would have been incredibly hard to pull off in the eyes of even the most gullible of the public since they were his “kin.” 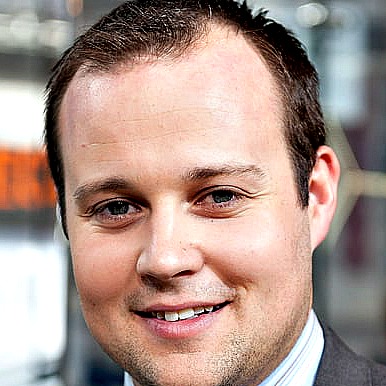 And so the issue for the privileged of truly deserved punichsment is reduced, avoided, minimized, no longer talked about and avoided like the plague. And we wonder nowadays, where is the shame, where is the outrage, as Dr. Errington Thompson focuses on in his national long-standing blog.

If Mr. Duggar changes profession and spends the rest of his life making amends for his “sins,” or offenses, and works with himself in whatever framework of self-healing, all praise to him. But if he pursues endeavors that represent nothing more than superficial “reaction formation,” doing the opposite to play the charade of cure, and does not restrict himself from suspicious involvement with young vulnerable  people, his efforts at true, hard to the bone and soul self-repair will be a sham. Only time will tell. But I ask you would want him as the choir director of your grandaughter’s church children’s choir?